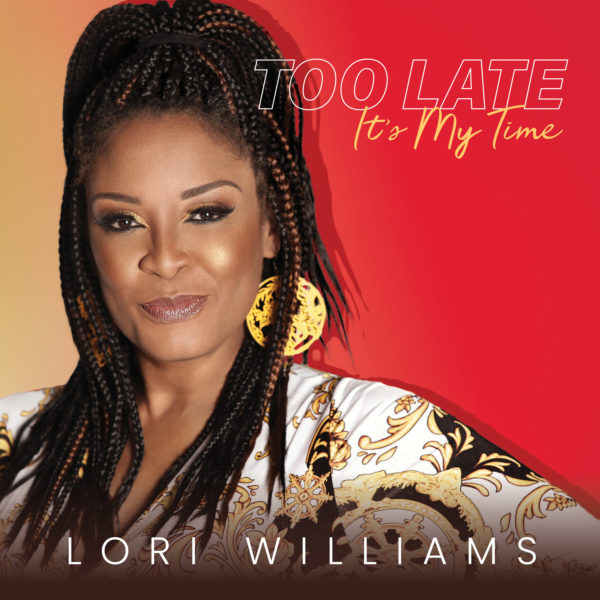 Lori Williams released her latest single – “Too Late (It’s My Time)” [LoriJazz Records]. This song is a powerful anthem of liberation and new beginnings, showcasing Lori’s seamless vocal prowess, and relatable and uplifting lyrical writing skills. “Tying for #1 – Smooth Jazz Most Added on Billboard (Week of June 13, 2022), a noteworthy accomplishment for a vocalist”, “Too Late (It’s My Time)” has been categorized as “a much-needed musical expression of spiritual, emotional and mental breakthrough for healing souls”.

Described by President Joseph R. Biden as having “the voice of an angel…absolutely amazing,” Lori Williams has a most impressive resume as an international performing artist, vocalist, award-winning music educator, choral director, songwriter, producer, musical theater actress, non-profit business owner (PositiveMusicPM.org), and radio announcer/voiceover artist with over 30 years of experience.

This Washington, DC native and resident of Atlanta, GA has an engaging reputation and level of respect in the music business that is top-shelf and unimpeachable. Lori Williams has been highly regarded and aligned with artists like Ella Fitzgerald, Nancy Wilson, Dianne Reeves, and Anita Baker.

“Too Late (It’s My Time)” showcases Lori‘s continued musical evolution and elevation in the mainstream and contemporary Jazz, Soul, R&B, and Inspirational genres. Co-written by Lori Williams and producer/keyboardist Chris “Big Dog” Davis, this single follows six independent CDs and several EPs which Lori Williams produced. Lori’s collaborations in-studio and on-stage with Nathan East, Najee, Stanley Jordan, Will Downing, Tom Browne, Maysa, and other notable artists further solidify the peer acclaim of this versatile songstress. As Michael J. West (Jazz music critic) states, “She’s got a soft-edged, creamy voice that’s a natural vehicle for introspection, but also one that you could happily curl up and get lost in. It’s stunning, supple, subtle, sumptuous, soulful music—let’s call that the five S’s of Lori Williams, shall we?”.

“Too Late (It’s My Time)” has already been well received by music aficionados, and is Lori’s bold and impressive re-entry into the contemporary Jazz scene, a resurgence that is shared by hopeful musicians who are resetting and rebuilding their careers following the effects of the global pandemic.

Music lovers are sure to enjoy the stylistic talents shared by this beautiful, talented, authentic vocal musician; and are encouraged to also delve into Lori‘s rich catalog. Wrap your ears, heart, and soul around her artistry. Lori Williams will not disappoint.