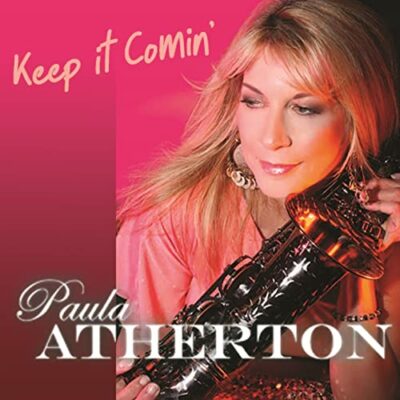 A multi-faceted, stylistically eclectic talent and true musical citizen of the world who has performed extensively throughout the U.S. and Europe, Carol Albert is currently enjoying a whirlwind of success and accolades in the smooth jazz genre with an array of Billboard charting singles from her albums Fly Away Butterfly and Stronger Now, Before breaking through to the greatest commercial success of her career with a high energy twist on the classic “Mas Que Nada” in 2017, the classically trained pianist, composer and producer received an Emmy nomination for her acclaimed work composing for television and released a multitude of recordings whose vibes range from singer/songwriter to solo piano and new age.
​
While she could never have predicted it when she released her debut album Love in Your Eyes back in 1992, the

Saxophonist, flutist Paula Atherton has enjoyed a long and varied career in contemporary and mainstream jazz. Her acumen on her instruments are poised and adept. Her full-length album Can You Feel It has already begun to garner real accolade with her single also titled “Can You Feel It,” landing a #1 hit, three weeks in a row on Billboard. What is even more cementing about this accolade is she also landed #1 slots on Mediabase and #1 on the Smooth Jazz Network. Each track is produced by various producers including, Bill Heller, best known as the legendary keyboardist for the Ripppingtons. Longtime collaborator guitarist Lou Gimenez who has co-written several of Paula’s tunes historically. Other co-writing and production credits include keyboardist Greg Manning, multi-instrumentalist Matt Godina, including multi-instrumentalist Nathan Mitchell, Paul Brown, and the notable Schuyler Deale known for his work with Billy Joel, Michael Bolton, Jeff Lorber, and more. So what does this all-star line-up of producers and contributors add up to for Atherton? Simply put, a canvas to which Atherton can shine her abilities in the highest preeminent way on her latest album Can You Feel It.