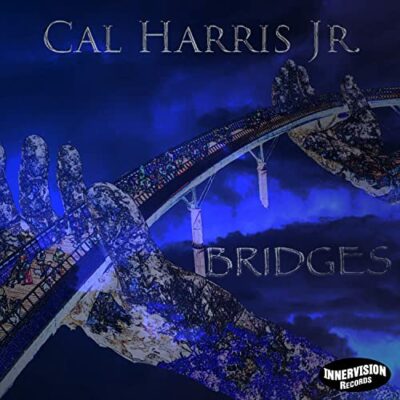 Cal Harris Jr.’s upbringing in Los Angeles was not a typical one. His earliest exposure to music took place literally in the company of legends. As the son of Grammy-nominated sound engineer Calvin Harris, Cal Harris Jr. grew up wandering the halls of the renowned Motown Studios in Los Angeles. In fact, one of his fondest childhood memories was a trip to the candy store with Melvin Franklin of the Temptations—a treat he would appreciate even more as an adult. It was within this environment that Harris would develop a love affair with music…and a well-groomed talent.

“I fell in love with arranging music after attending a Commodores session with my dad. It was a great track and I fell asleep as they began working on the orchestration. I woke up a few hours later in a wonder land of music. Soaring strings and horns, and sizzling cymbal swells. It was amazing to hear the transformation, an experience I’ll never forget.” It’s no surprise that Cal Harris Jr. went on to a career as a very sought after sound engineer and producer. He has worked with such music monsters as Earth Wind and Fire, Lenny Kravitz, Prince, Whitney Houston, and Beyonce. Harris found a comfortable niche as an engineer, programmer, and keyboard player for music giants. Still, it wouldn’t be long before he could no longer control the desire to combine his talents and record his very own works. The time had come for Cal Harris Jr. to push his abilities to the next level and reveal the gifted composer within him.

Cal has a passion and talent for composition as well as a lifetime of priceless experiences in the industry. He drives home the idea of creating solid, seductive, and infectious melodies through impeccable production. He is involved in nearly every part of his music’s production, including writing, keyboards and mixing.